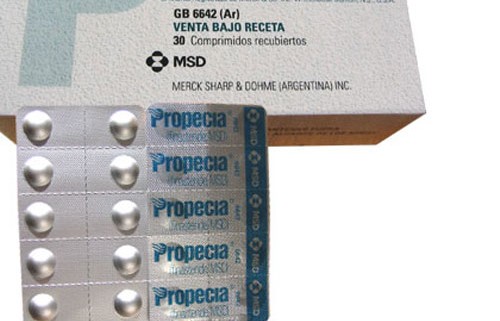 DO PROPECIA AND MINOXIDIL ALSO WORK ON THE FRONTAL AREA?

Very often users, and even some doctors, advise against the use of Finasteride and Minoxidil on the front, highlighting how these drugs work only in the crown area.

This is not, in our view, correct. Both drugs work well on the frontal area and always when there is more hair to be saved in that area which has not reached the last stage of miniaturization. Although the mechanisms of action are different both Propecia (finasteride) and Minoxidil act to thicken the hair, no matter which area of the scalp it is located.

There are publications demonstrating the efficacy of finasteride in the frontal area after 1 and 2 consecutive years of use (Leyden et. Al., JAAD, 1999).

The reason for the confusion on this issue is also linked to the fact that the Food and Drug Administration (FDA) has reported the effectiveness of both drugs only in the area of the crown in the informative booklet on Propecia and Rogaine (minoxidil). This occurred because Upjohn (the largest industrial producer of Minoxidil) and Merck (pharmaceutical company that launched Propecia) have only tested the drug in that area of the scalp during the medical tests.

It’s a shame that many patients and some doctors think that these drugs do not work in the frontal area of the scalp. There have been very little research made to debunk this myth.

The definitive response is that both drugs work in the frontal area of the scalp both to prevent hair loss and thicken a miniaturized hairline.

It’s important to remember that none of the two drugs can regrow hair on a completely bald scalp or for example allow us to get a hairline lower than the existing one.

It is necessary that hair follicles still exist so that the drug could act. It is also important to stress that there are many studies that show how the best results are obtained with the joint action of finasteride and minoxidil.

Exclusive interview with Dr. Brotzu for Bellicapelli
Scroll to top