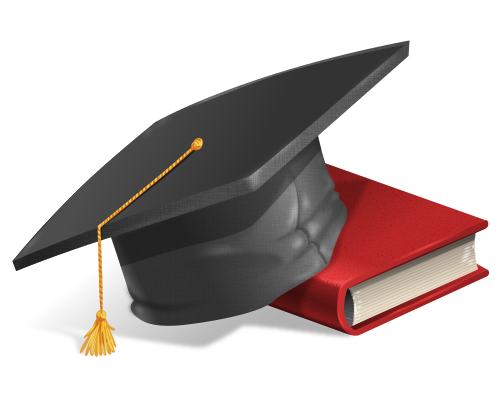 Myth: Hair loss is inherited from the mother’s side

The majority of hair loss in both men and women is due to genetics – that is, hair loss is a hereditary trait and can be inherited from either the mother’s or the father’s side.

Myth: Hair loss needs to be inherited from both parents

What does all this mean?

Let’s assume that your father does have one copy of the bad version of the gene, (the one responsible for baldness) whereas your mother does not. The probability that the son will inherit the bad gene from his father is 50% whereas there is not possible to inherit that same gene from his mother. Since it’s dominant, the probability that the son gets hair loss is 50%.

If that’s not bad enough, here’s the more terrible thing: If just one of your parents have both copies of the bad version of the gene, the chances of you getting hair loss is 100%.

So how do you know whether your parents have one copy each of the bad version of the gene, two copies each, or none? Only a detailed genetic analysis, taking into account several generations of your family’s hair loss treat can reveal it.

Myth: Cutting my hair will make it grow thicker

Myth: Excessively pulling my hair will make it fall off

Excessively pulling your hair can lead to hair loss. This is because pulling hair hard causes trauma to the hair follicle and can cause it to pause for 3 or 4 months before growing new strands of hair. Repeated hard pulling can cause hair to grow thinner, until it stops growing altogether.

Unless the hat is worn so tight as to cut off circulation to the hair follicles, wearing a hat does not cause hair to fall out. Instead, hats can contribute positively by blocking the sun and preventing sunburn.

Wearing a hat for too long, especially in hot and humid climates, however, can contribute to the excretion and accumulation of sebum and oil on your hair. Sebum is a waxy substance that is secreted by the sebaceous glands in your skin onto hair follicles. Overtime, sebum can react with cholesterol to create a hardened sebum plug that cuts off oxygen circulation to the hair follicles and cause it to fall out. Sebum plugs can also accumulate dirt and become a breeding ground for bacteria and contributing to hair loss.

Myth: DHT is the only culprit in hair loss

While it is true that overproduction of the male hormone or androgen called DHT is an important cause of hair loss in men and women, it is not the only cause.

DHT is a natural form of testosterone produced by an enzyme called 5-alpha-reductase. Binding of this metabolite to its receptors in the hair follicle is thought to lead to hair loss. Many drugs (such as finasteride) and natural supplements either inhibit the production of DHT or prevent it from binding to its follicular receptors.

DHT, however, is required for normal sexual functions. Indiscriminate inhibition of this metabolite has led to sexual performance problems, such as impotence or erectile dysfunction.

In addition to preventing the overproduction of DHT, your hair loss treatment regimen should also include providing nutrients and vitamins to strengthen existing hair, prevent hair fall out due to damage, and promote new hair growth. Improving blood circulation to the follicles (such as the action of the drug minoxidil) can also be used treat hair loss.

Unless it’s done excessively, blow drying and washing your hair frequently will not cause hair loss. However, heat damaged hair is often brittle and prone to shedding. Too much heat can also permanently damage hair follicles, leading to hair loss. Similarly, physical damage to hair due to overaggressive shampooing or hard toweling can lead to a hair loss condition called traction alopecia.

Similarly, coloring hair, perming, and styling – when done properly – do not lead to hair loss.

Myth: Losing 100 strands of hair per day is normal

Your hair grows and falls out according to its normal growth cycle. In this cycle, a hair follicle would grow for about four to five years. In its fifth year, the follicle would stop growing and enter its rest phase. By the beginning of the sixth year, the hair strand would fall out and the growth cycle starts again.

The average number of follicles in your scalp is between 100,000 to 150,000, 90% of which is in the growth cycle at any given time. It has been said that we shed about 100 strands of hair per day – however, this number has turned out to be a gross overestimation. Although the exact number of shed hair varies from person to person, new studies have indicated that only about 20 to 50 strands are normally shed in a day.

Thus losing 100 strands per day may be an indication of the early stages of hair loss.

Myth: You can increase the number of hair follicles

You are born with all the follicles you’ll ever have. The number of hair follicles is determined by genetics and cannot be changed by taking drugs or supplements. The only proven way to increase the number of follicles in a given area is by hair transplant surgery.

Similarly, the diameter of the hair shaft, the maximum length of growth, rate of hair growth, hair color, tendency to curl, and tendency to gray are also genetically determined

Myth: There is nothing you can do to prevent or treat hair loss

This last myth is probably the most misunderstood thing about hair loss. In the past, this was true – there was nothing that can be done about hair loss. But now, with advances in science and understanding about the nutritional needs of hair, men and women no longer have to live with hair loss.

Its clinically proven how finasteride in doses of 1 mg can effectively stabilize hair loss. Hair loss stabilization is the first fundamental step in the struggle against baldness that allows men and women to preserve their native hair patrimony.

For men with advanced cases of baldness, hair restoration can do wonders. While there is currently no reliable means to regrow hair from dead follicles, micro surgical transplantation of follicles can re-create natural looking hairlines and restore hair growth in men. Be sure, however, to look for a board-certified dermatologist with expertise in hair transplant surgery.

Because of the diffuse nature of women’s hair loss, it is much more difficult but not impossible to transplant hair in women.

There are a lot of myths and misconceptions about hair loss. Learning about them and why they are wrong is a good first step to understanding and treating hair loss.