If I were to stop taking Propecia for a few months how quickly would I lose the hair I gained and once I start again, would I benefit from the drug as much as I did the first time? 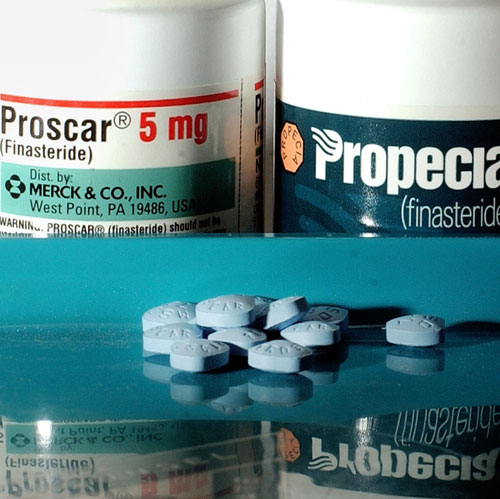 Can I take Proscar tablets instead of Propecia?
Yes, but it’s not officially approved. Finasteride is the generic name for the drug used in the Propecia and Proscar products made by Merck. Propecia is a 1mg tablet taken once per day to treat androgenetic alopecia. Proscar is a 5mg tablet taken once per day to treat androgen dependent prostate problems.
Considering the cost per milligram, Propecia tablets are considerably more expensive to buy than Proscar tablets yet they contain exactly the same drug. Typically, for a 1 month supply, the price of 5mg of Proscar is $75 for 30 pills, and $55 for 30 1 mg Propecia pills.
In countries where Propecia is not approved for sale, but Proscar is available, dermatologists prescribe Proscar tablets for androgenetic alopecia.
It is recommended to use a pill splitter (a little piece of plastic that breaks pills into four equal parts) to cut up the Proscar pills. One quarter of a Proscar pill is taken each day.
This approach was common in the UK, Germany, Canada and other countries until Propecia was approved for sale in these regions. Once Propecia was available, dermatologists by law had to prescribe Propecia tablets for hair loss and not Proscar. The increase in the cost of finasteride was a disappointment to many users. Some users now obtain supplies of Proscar without the help of their dermatologists to save on costs.

Finasteride – Can it be used by women?

Merck, the manufacturers of finasteride, have completed a phase III trial on the effects of finasteride (Propecia) in post menopausal women. Their conclusion was that finasteride was ineffective in treating female androgenetic alopecia.
Officially, Merck do not recommend finasteride for use by women and the FDA has not passed it for use by women. However, some dermatologists have suggested that the trial was intentionally biased to produce this result. The rumor (and it is only a rumor) is that Merck specifically wanted to avoid obtaining the Federal Drug Administration approval for treating women with finasteride.
Propecia/finasteride is dangerous during pregnancy as it causes multiple and extensive birth defects to male embryos. The suggestion is that Merck want to avoid any court action by pregnant women who took finasteride for their hair loss and subsequently had a child with birth defects. Indeed, advertisements for Propecia recommend that women do not even handle the pills without using latex gloves to ensure none of the drug is absorbed through the skin.
Despite these contraindications some dermatologists sometimes do prescribe finasteride for use by women. These dermatologists recommend the individual to use at least two forms of birth control while taking Propecia, as the risk of birth defects is very serious. However, without independent trials on pre menopausal women the true effect of finasteride on female pattern baldness is unknown.
It has been used in pre menopausal women with hirsutism with some success. Studies on hirsute women suggest finasteride can be effective in reducing dihydrotestosterone levels. One trial suggests it is as effective as the oral antiandrogens spironolactone and flutamide, both of which are used to treat female androgenetic alopecia.

I am a male taking Propecia. Should I stop taking it when my wife and I plan on conceiving a child?

When using Propecia very very little of it gets into semen (up to 60% of men tested had undetectable levels) – Merck checked this pretty closely as it was an obvious concern. However, the minute amounts that do sometimes show up in semen are not enough to cause any problem. The transfer of Propecia from semen to a woman through the vaginal wall would be undetectable if Merck’s analysis is accurate. The problem is if women use Propecia and then conceive.

In this case a male fetus becomes “feminized.”

A female fetus will probably not be affected.

If you are still not convinced that it is safe to take Propecia when your partner is attempting to conceive you may consider temporarily stopping Propecia use. The rate of Propecia metabolism and removal from the body is quite quick. It has a half life of 4.8 hours on average (the maximum tested half life was 13.4 hours). So within 5 days of stopping use you can be confident that there is no Propecia left in your system.

If you are unhappy about using Propecia when your partner wants to conceive, you could stop Propecia use for just a few days and then return to the normal regimen. A few days without Propecia will not have a significant affect on any hair regrowth. 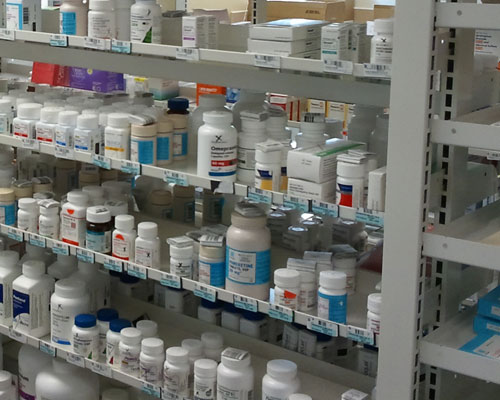 If androgens cause scalp hair loss but body hair growth, will I lose body hair if I use Propecia?

However, it was reported in discussion at a recent conference of the European Hair Research Society of unofficial reports about the growth rate of beard hair slowing down when using 5-alpha reductase inhibitors like Propecia. This seems to be a very rare event and the slow down in hair growth was not significant enough to have a noticeable change in in the quality of hair density to anyone except the owner.