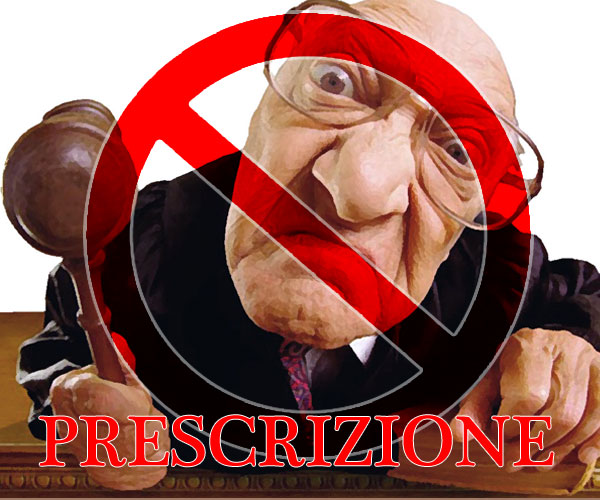 A frequently asked question people make me is, “Counselor, I underwent a surgery with negative success 11 years ago, can I take legal action to get compensation?”

It is important to establish the concept of PRESCRIPTION in the field of medical liability.
In this field prescription is not relevant “dies a quo” i.e. the day in which the injurious behavior took place, but the day in which we can feel the effects of this behavior, which can also be a lot of time later (even years later) that the same has been carried out.

One example might be a surgeon who forgets an instrument inside the area where he performed a surgery.

For the patient the time limit at which the prescription is estimated is not the day of surgery, but the date in which he realizes that he got a surgeon’s forceps inside his stomach.

Therefore, he has has so much more time to undertake a legal action to obtain compensation. It is not necessary to remember that prescription (being a medical liability of the contractual type) is 10 years and not 5.

Medical Liability and the burden of proof:

Usually, the burden of proof is on the one who sues, although in the case that we are dealing with, and always according to the above mentioned principle that medical liability is of the contractual type, it is applied in accordance with article 1212 of the Italian civil code, which provides for the reversal of the burden of proof and then it shall be the duty of the doctor to demonstrate, if possible, that he is not guilty.

On “our” so much discussed informed consent I will give you a judgment of the Supreme Court of Italy (Cassazione 23676/08).

A person, a Jehovah witness, arrives lifeless to the Emergency Room. In his trousers the orderlies grab a piece of paper where this person expresses his desire not to be subjected to blood transfusions, even in case of extreme need.

Doctors make the transfusion anyway and this unfortunate person contracts HIV.
The hapless man undertakes a legal action for compensation.

The physicians’ liability was refused with respect to the bags of infected blood, because obviously this was not their responsibility (they could not have been aware of the fact that the blood units were infected). In this case the culprit is the Ministry of Health.

The doctors were not convicted for having done a transfusion, in spite of the piece of paper, because to reject a medical treatment a person is required be informed about the consequences of the rejection.

Essentially, what is relevant is the CURRENT CONSENT (you know the modes, times and effects), and not the advanced consent (where there is no information about the consequences, because they are based on a hypothesis).

Another principle of the so-called “Normative Jurisprudence of the Supreme Court of Italy (judgment 2847/10) refers to that which is the object of guardianship of the informed consent.

What protects the informed consent? It is the health of the patient? NO!!!

The informed consent protects the patient’s self-determination! (according to the Supreme Court).
Precisely, according to this principle one may sue if the intervention also turned out OK, but there was a flaw in the information.

Significant in this regard was the anecdote of the experience of Mr. Moore. This American citizen made himself visited in 1976 in a medical center at the University of California, in the city of Davis.

During this visit he was diagnosed with a rare form of leukemia and consequently his spleen was taken out. Between 1976 and 1983 Mr. Moore underwent numerous inspection visits and analysis, during which doctors took samples of tissues and body fluids, such as blood, bone marrow and semen.

In 1984 he incidentally learned of the fact that in the same year the University Center at Davis and two doctors who since 1976 had treated him had obtained a patent for the cultivation of cells (T lymphocytes), called Mo cells. Moore also discovered that the patented specimen stemmed from the spleen that he had removed, the tissue of which, due to a tumor, had presented some peculiarities.

The University Medical Center at Davis and their doctors had granted, in exchange for COMPENSATION, the license for the commercial exploitation of the patent to two different pharmaceutical companies.

Mr. Moore attempted to sue, but in the United States our principles on the purchase of property do not apply, and by this the attribution of property (of the spleen in this case) is recognized to whoever can exploit the economic capacities of the same. What Mr. Moore would have been able to do with his spleen? Would he be able to exploit its scientific and economic peculiarities? According to the American judges the answer was no!

Regarding this point he achieved nothing, but obtained compensation for violation of informed consent.

But again, for the violation of informed consent should derive a serious harm to the patient.

The burden of proof once again rests on the patient, who has to demonstrate that he would not have accepted the treatment offered by the doctor if he had received the information.

In conclusion, it must be admitted that the informed consent is an imperfect instrument:
The patient does not have the content (he can’t negotiate the side effects of a treatment!) and does not have the effects. It is paradoxical that something that was born to safeguard the good “determination” of the patient is an act where there is really no determination!