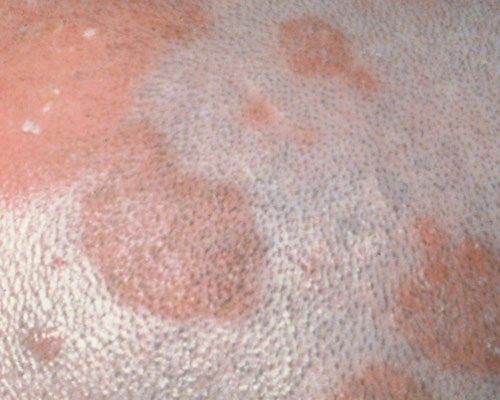 Seborrheic Dermatitis is a common and harmless inflammation characterized by small scaly lesions affecting the scalp, face and other areas. It’s more likely to occur when the scalp is oily. The term dermatitis is sometimes replaced with eczema.

Dandruff (also known as ‘pityriasis capitis’) is a non-inflammatory form of seborrheic dermatitis.

Dandruff occurs as scaly patches scattered inside the hair of the scalp.

Seborrheic Dermatitis can make its appearance just after puberty. The level of severity of the disease is variable and may persist for years preparing the development of psoriasis.

The scales of psoriasis are however more persistent, thick and of a deeper red color, with large whitish peeling flakes. Psoriasis affects more frequently elbows and knees as well as the scalp.

It is however hard sometimes to distinguish psoriasis from seborrheic dermatitis when it occurs on the scalp face and chest. The doctor diagnose a condition when the two disorders overlap as sebopsoriasi. 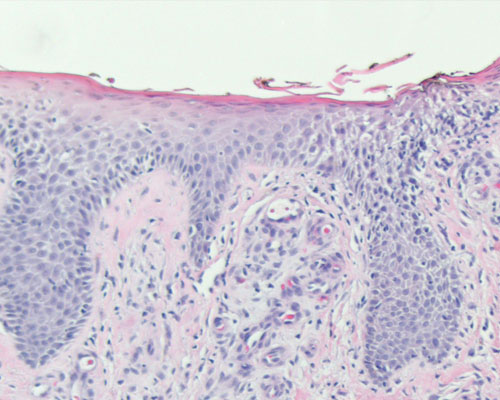 In the scalp seborrheic dermatitis causes ill-defined dry patches of pink colored whitish scales. It can spread to the entire scalp.

Seborrheic Dermatitis is common between the eyebrows, on the edges of the eyelids (blepharitis) inside, behind the ears and in the folds of the nose.

May manifest itself as pale pink circles or rounded spots in the hairline area.

It can sometimes affect the folds of the groin and underarms, chest or upper back, in the form of salmon-pink patches with whitish scales, sometimes in annular form.

It may cause dermatitis or less so itching and may vary from day to day.

WHAT ARE THE CAUSES OF SEBORRHEIC DERMATITIS?

It is believed that seborrheic dermatitis is an inflammatory reaction related to the proliferation of a normal inhabitant of a skin, a fungus called Malassezia (formerly known as Pytorosporum Ovale). The main species found in human scalp is the Malassezia Globosa. It produces a toxic substance that irritates the skin. Patients with seborrheic dermatitis appear to have reduced resistance to this fungus.
Seborrheic Dermatitis is not contagious and is not related to diet followed, but it can be aggravated by illness, psychological stress, fatigue, change of season and precarious health conditions. Those with immunodeficiency syndromes (especially those infected with HIV), or neurological disorders, such as Parkinson’s disease or stroke are particularly susceptible to being affected by seborrheic dermatitis.

Seborrheic Dermatitis in adults can be quite persistent. However, it can be kept under control with regular use of anti fungal agents and intermittent application of topical steroids. Infantile seborrheic dermatitis will resolve spontaneously before the child reaches six months of age and rarely lasts up to 1 year of age. If you require a treatment, a mild emollient, hydrocortisone creams and topical ketaconazol can be particularly effective.

• Application of topical steroids can help reduce itching and should be used daily for a limited period.

• Tar creams can be applied on areas of desquamation and must be subsequently removed with shampoo.

More information on Drugs and Care